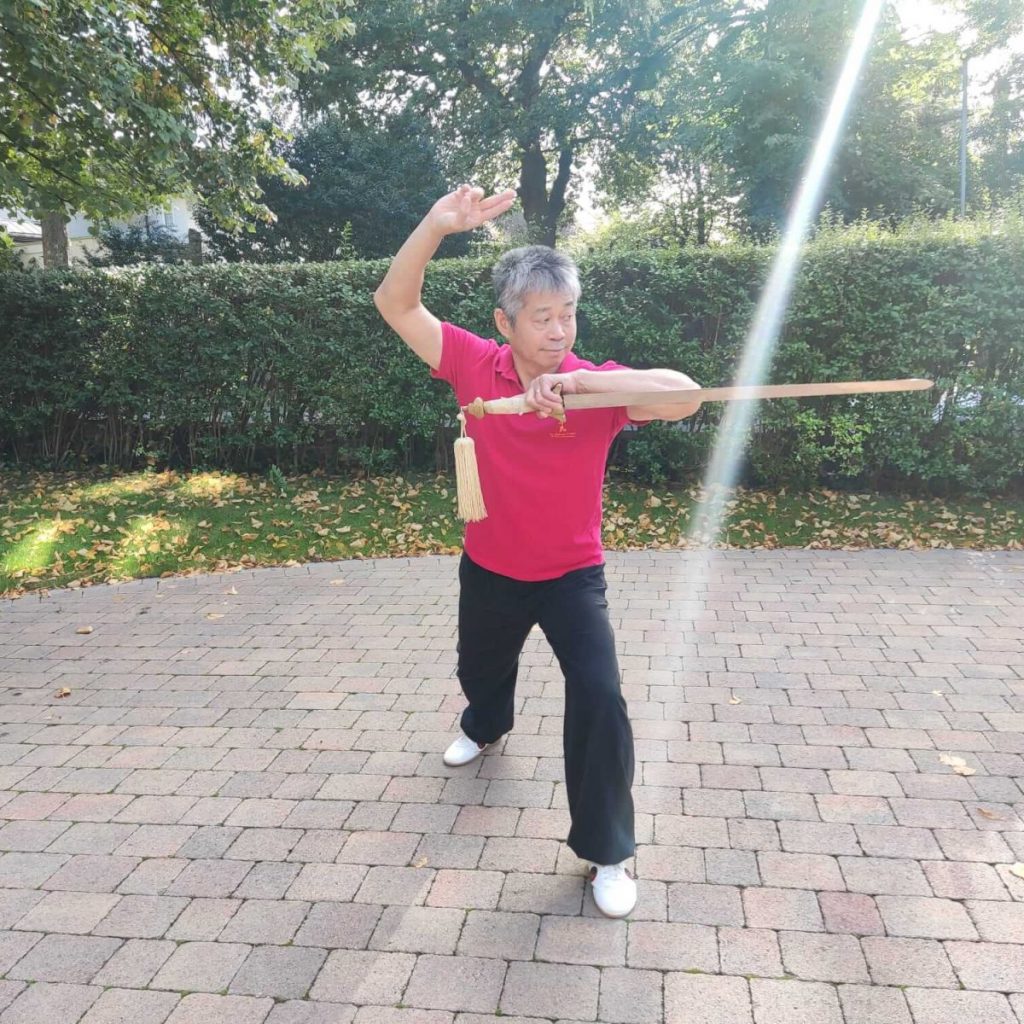 I’ve been wanting to learn a sword form for many years, in fact, I’d bought a collapsible sword on my very first trip to China with the centre in 2012! Ever since, I’ve waited for the right beginner-friendly seminar to start with, and was very excited to hear that Sigong would be beginning a new series on the Dragon Shadow Sword. Of course I’d never heard of it, but with a name like that, who could resist?

Interestingly, the Dragon Shadow Sword is a form which isn’t actually associated with any of the 5 main skills of the Tse Qigong Centre; it does however, happen to be the first sword form Sigong ever taught. Sigong had originally taught this form many years ago, so long, that even some of the most senior instructors have never had the chance to learn it. How very fortunate that the continuation of online seminars has allowed Sigong to reintroduce this rare form.

The first seminar started with an overview of the different branches of Chinese martial arts, which compared to “western” arts is thought of as soft or internal. Of course, within Chinese martial arts there is both soft and hard; soft traditionally associated with the Wudang Mountains, and hard with the Shaolin Temples of the northern Henan (Songshan) and southern Fujian provinces. Northern Shaloin styles tend to have bigger more open or straight movements, whereas southern Shaolin styles typically have tighter or smaller movements. Within the northern Henan province however, is also Chen Village, where we can see elements of both soft and hard come together in Chen style Taijiquan; one of the 5 centre skills. Dragon Shadow sword, along with one of the other centre skills, Chun Yeun, comes from the northern Shaolin tradition. It’s always interesting to hear how these different skills came together through Sigong, especially when they are unusual and cannot be found elsewhere. Sigong explained how he spent 3 months learning Dragon Shadow Sword from his first Taijiquan teacher, even before he began his studies in Chun Yuen.

After the initial lecture and usual warm-up, we began. The form opens beautifully, of course the fundamental challenges become apparent like, how to hold the sword and what to do with the other hand? We broke out into pairs to practice the opening, already we able to see the importance of posture and the straighter elements of a northern Shaolin style. After coming back together to the main room and a few questions about what we’ve just learnt, we continued on to the next challenge, how to transfer the sword from one hand to the other? Again, we are split into to rooms to practice with partners; it is clear that we will need to become very familiar with holding and handling the sword. Luckily, I was paired with my Sifu who is also new to the form, but much more experienced with the sword. We finally came back together for some further questions and… did we want to learn a bit more? Yes! Sigong showed us a little more of the form and we individually practiced this new part until the end.

For me, this has been a great start to my sword journey and I’m sure there are others in the group who feel the same. For a few, it must be a delight to come back to the Dragon Shadow Sword after so many years. Thank you again Sigong for keeping and passing down this extraordinary form!

Dragon Shadow Sword was the first sword form I learned many years ago. As Sifu said we were thought this form in the Qigong class at that time. It is a beautiful form and I enjoyed practicing it very much. It is so good to do this form again and learn and polish it in details. It is the uncle Choi for me as I was not expecting to do this form again. Thank you Sifu for a great form and a great seminar. Can’t wait for the next seminar. Shahriar

Exciting to start Dragon Shadow Sword and learn more about Sigong’s journey learning it as well as the wider context of where it sits within Chinese styles of Kung Fu. Thanks, Sigong! -Kay

Very exciting! I always enjoy starting a new form. It has similarities to other sword forms but I can already detect a distinct flavour to this form. Looking forward to next time!
Thank you Sigong.
Paul Hogg

It was very exciting to begin on the first part of the Dragon Shadow Sword. I also enjoyed the lecture on the history of Shaolin and Wudang origins. I’m looking forward to the next installment of this form. Thank you Sigong. Peter Hogg

It is great to learn a new sword form and the Dragon Shadow Sword is just as enjoyable as I had hoped. Looking forward to learning more next time.
Many thanks Sigong.
Nicci

Dragon Shadow Sword was always a mysterious form for me, something on the Chun Yuen syllabus that I didn’t know anything about. So when Sigong said he was going to teach it on-line I was really excited. The start of it has interesting movements but not too complicated so far. Looking forward to going deeper into the form. Thank you Sigong. Christine

Very exciting to learn this new form. A great first seminar, already looking forward to the next one, thank you Sifu
Peter A

This will be my first sword form to learn. I really enjoyed today’s seminar and look forward to the next one. Many thanks Sifu. Peadar

Exciting to learn a new form and so far the energy feels really nice with a lot of circular and spiralling movement. Looking forward to more
Lee B

It’s great to start a new form and I am really interested in the movements and the energy of the form. The movements so far are quite different and unique, I like that. Looking forward to next Dragon Shadow Sword seminar, thank you Sifu!
-Radu

Thank you Sigong for introducing this form. Its not as complicated as White Crane without the tassel but still a very nice form and looking forward to learning more soon! Yunki 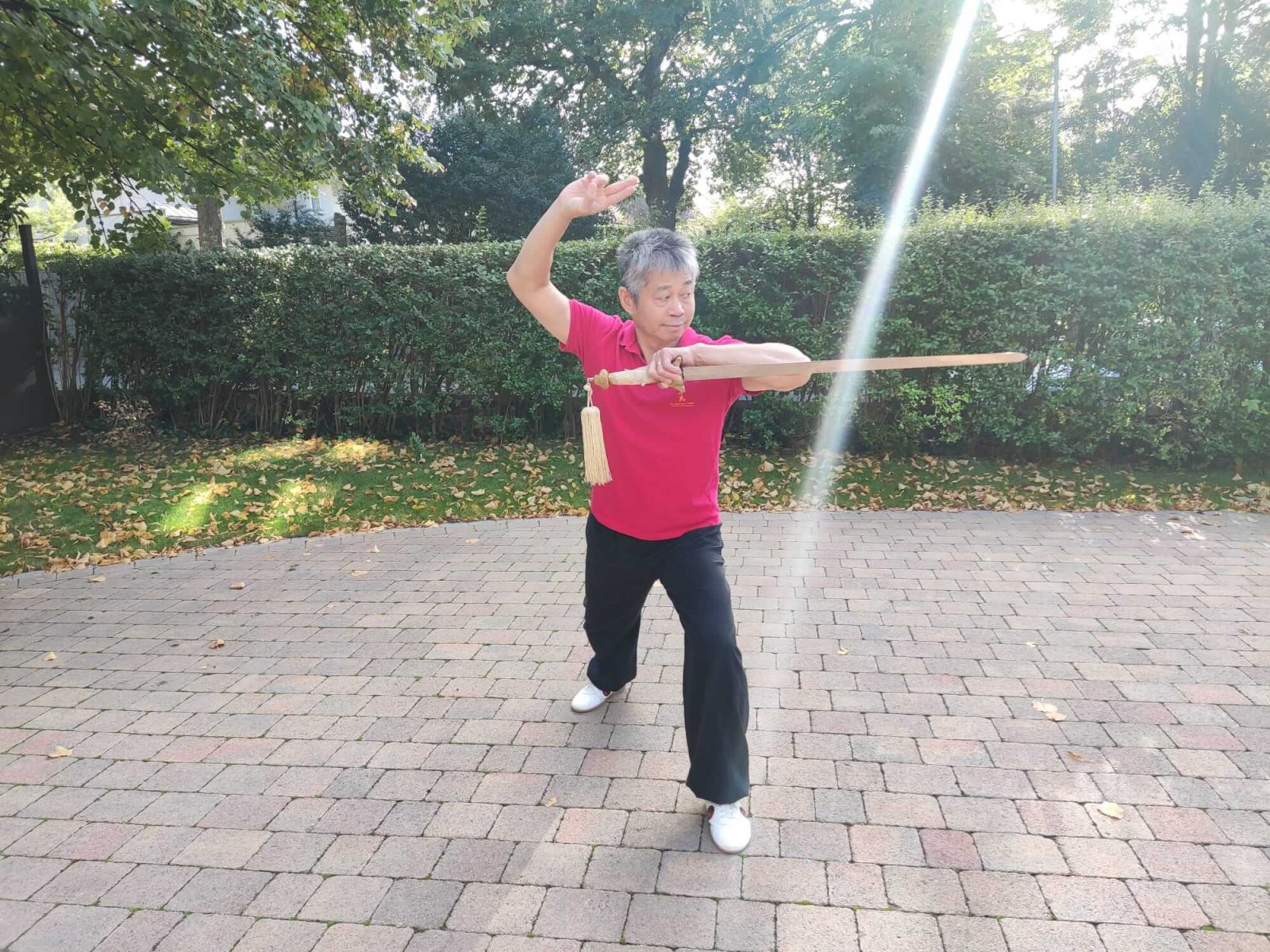 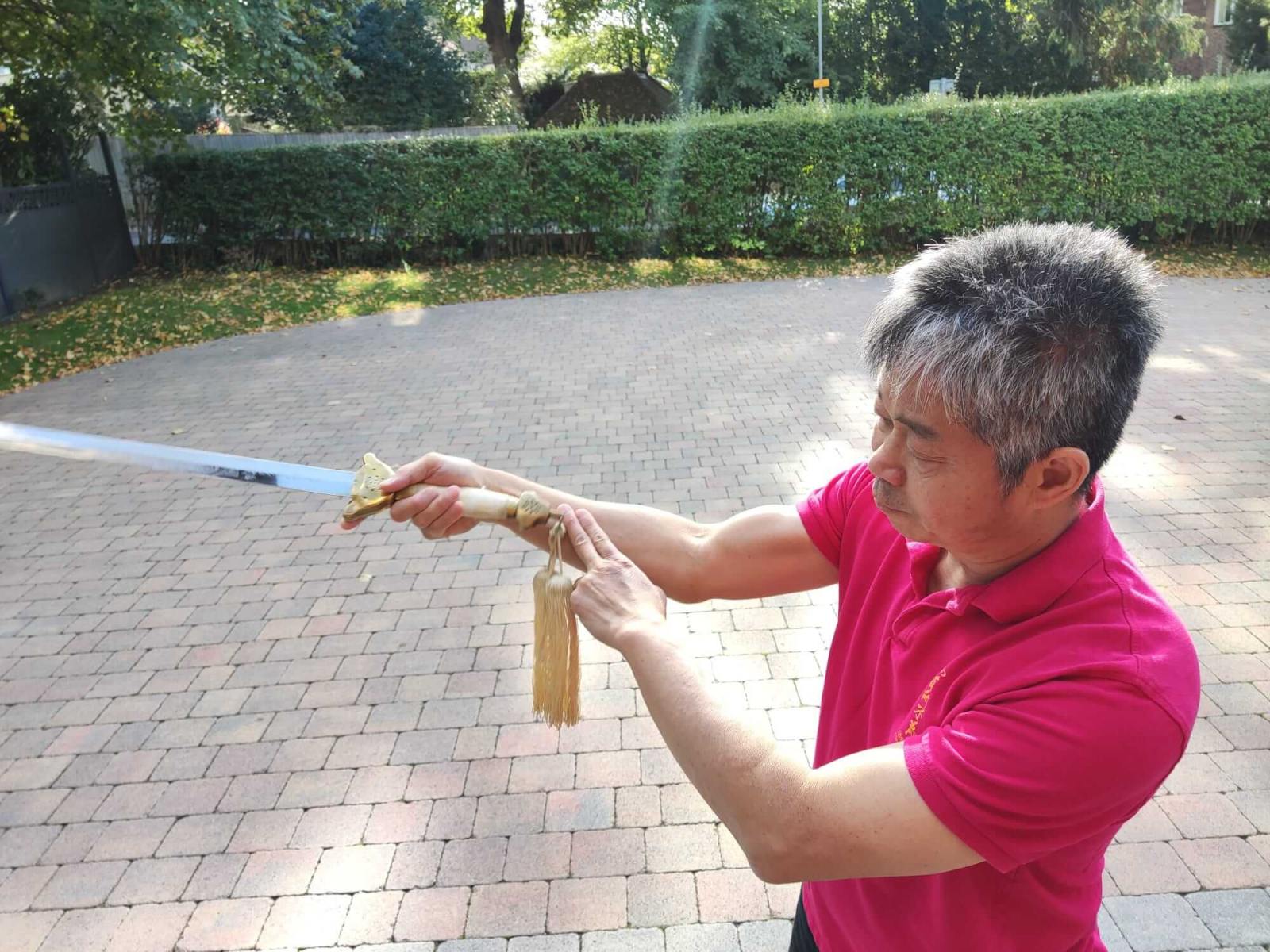 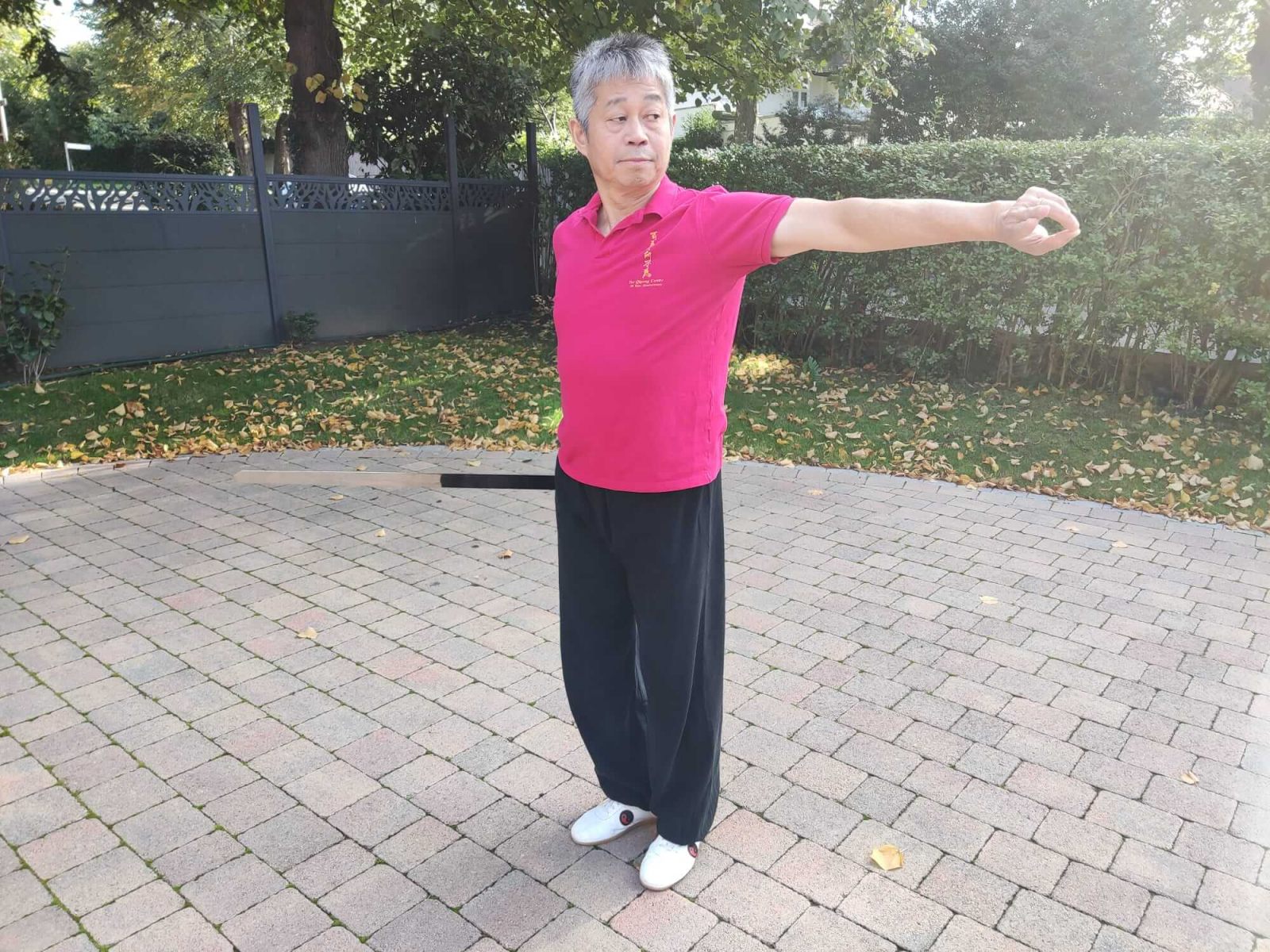 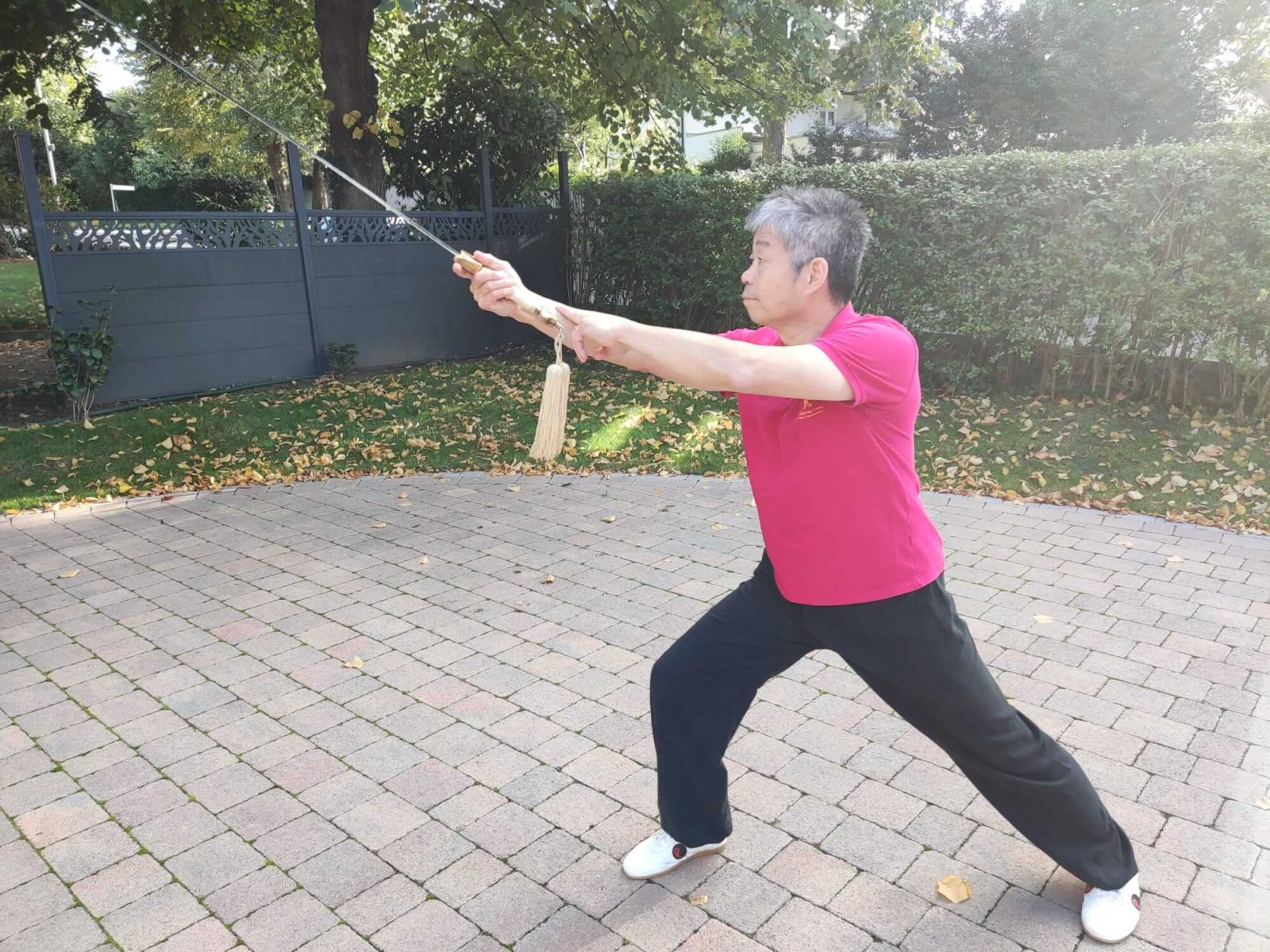 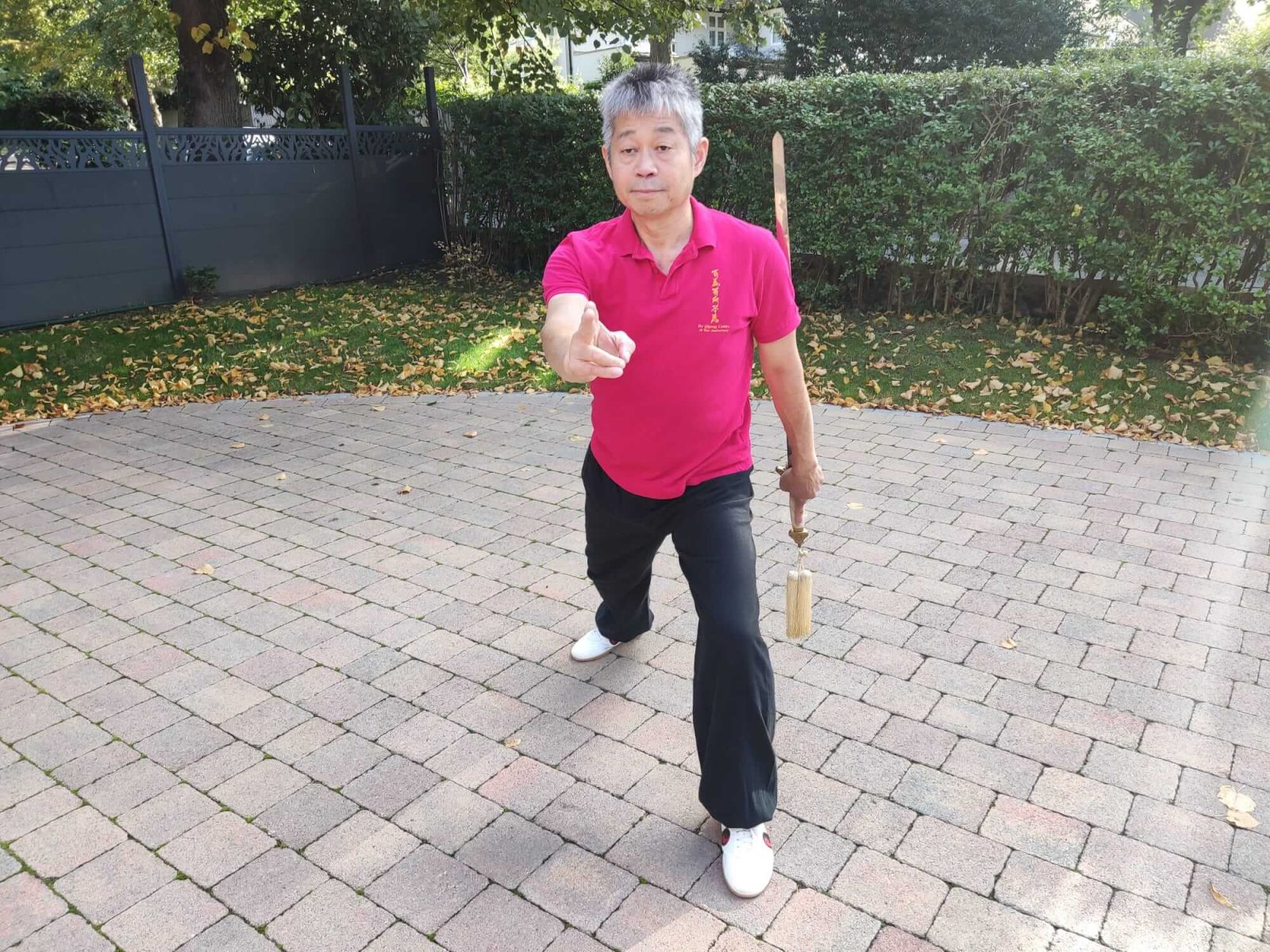